Flowers blooming from Winter (mid-December) to Spring (early May) 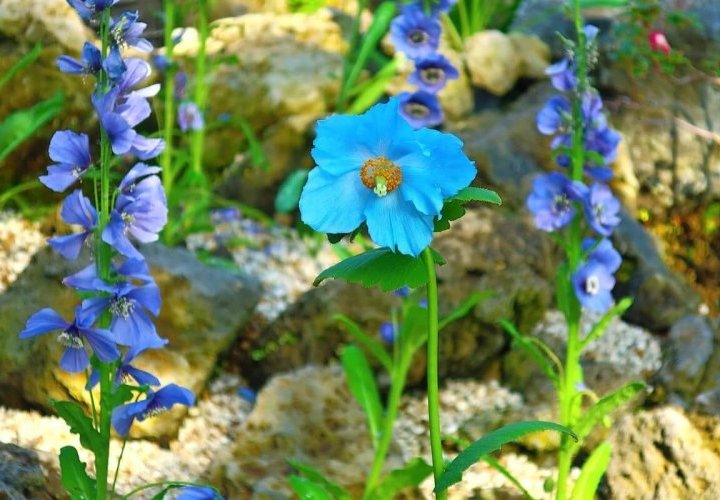 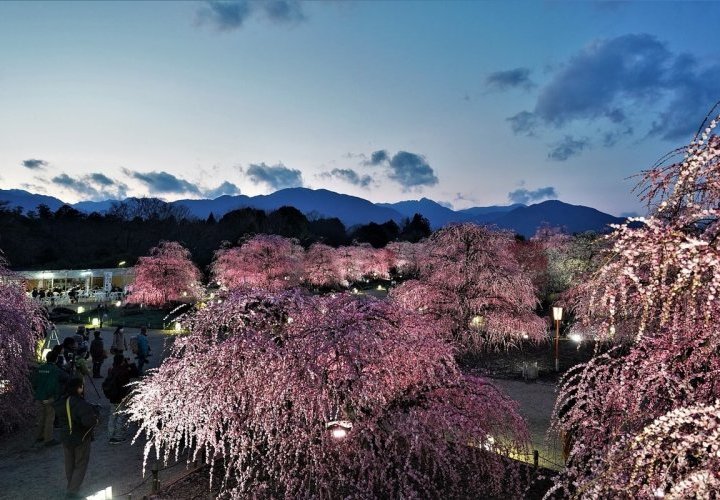 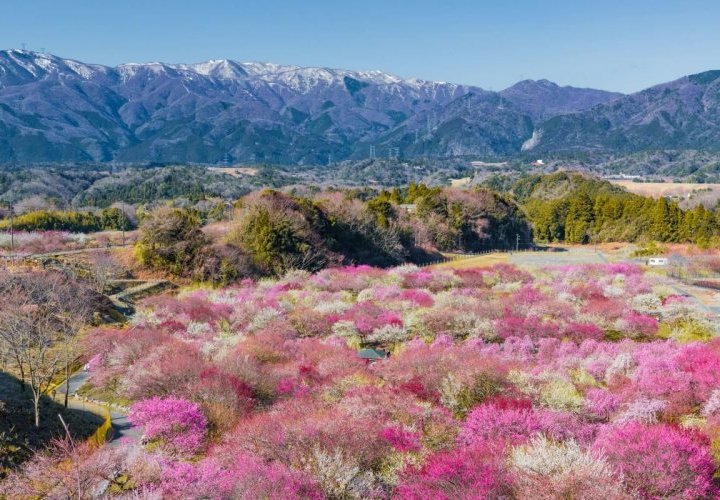 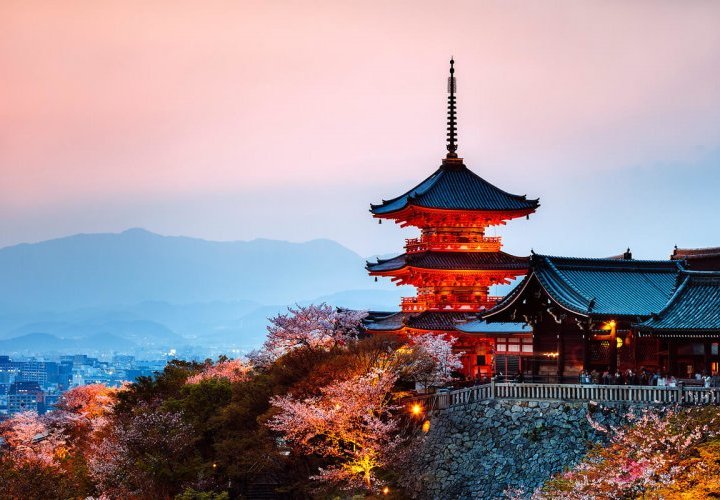 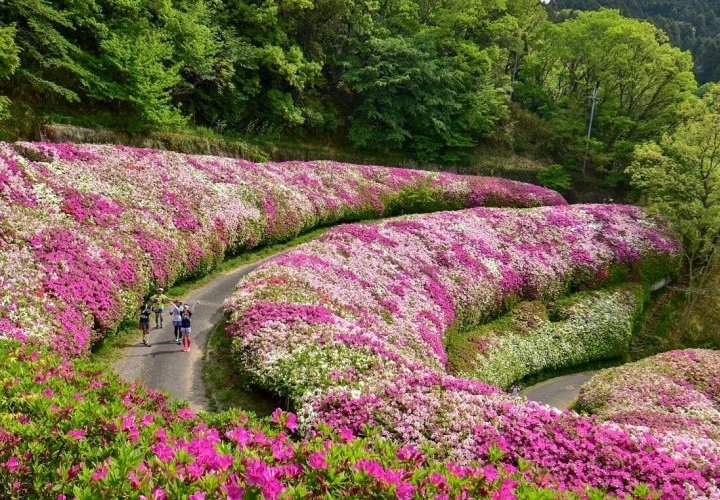 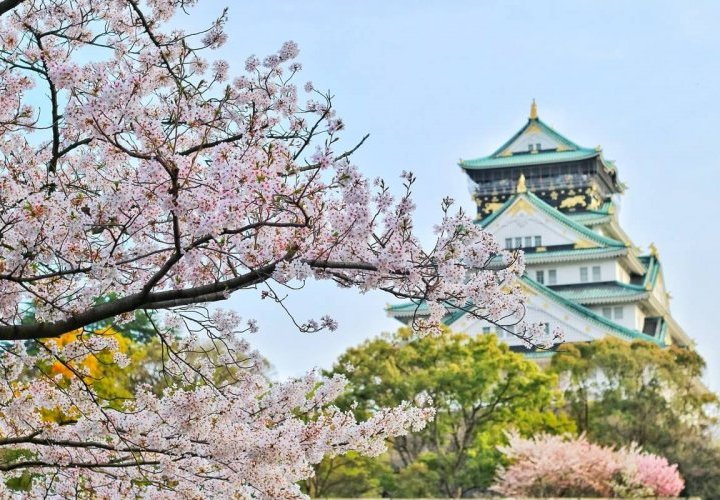 Flowers blooming from Spring (early May) to Autumn (early November) 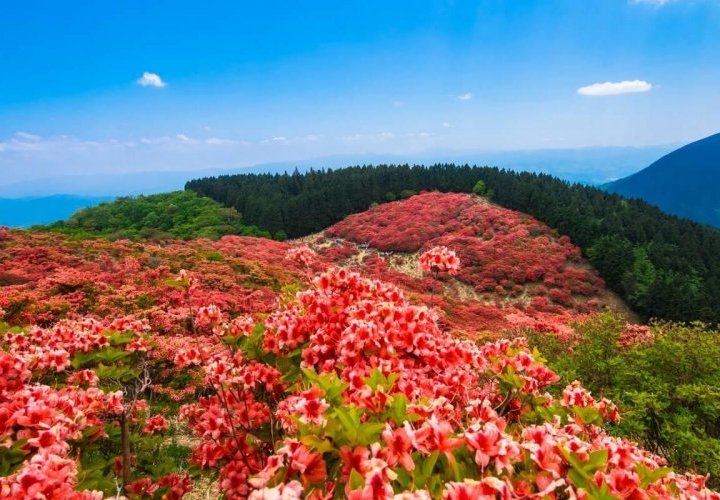 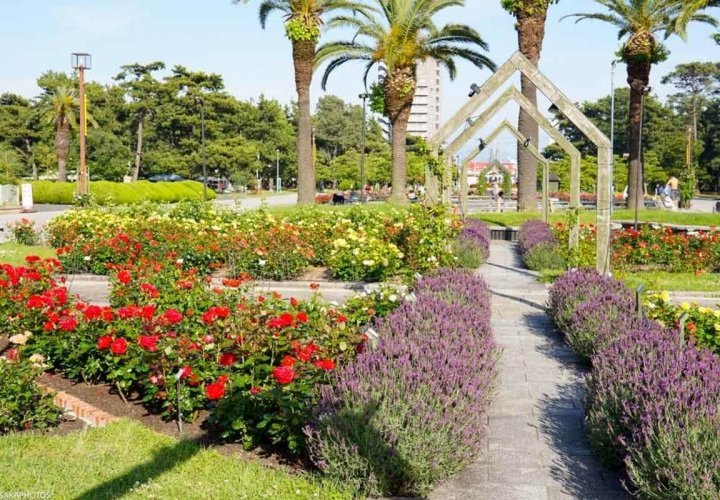 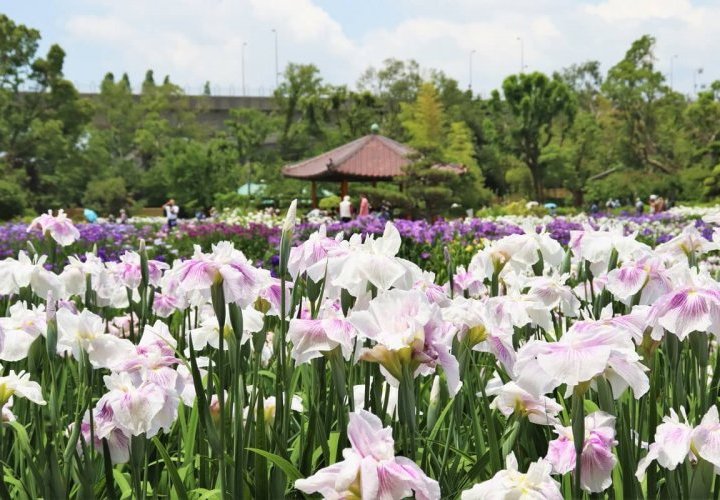 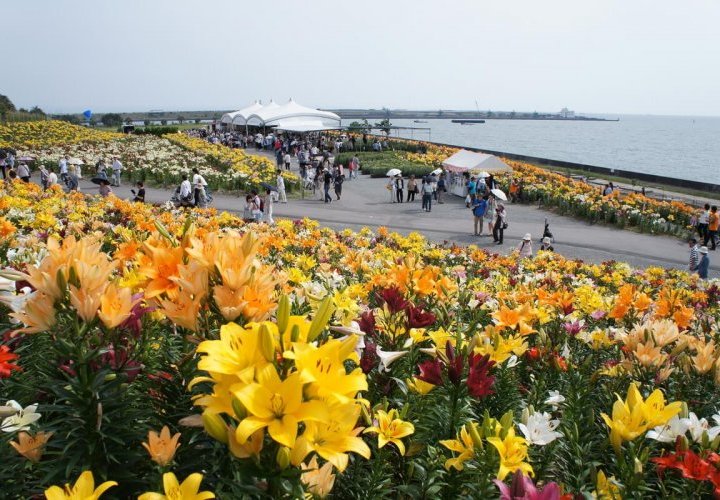 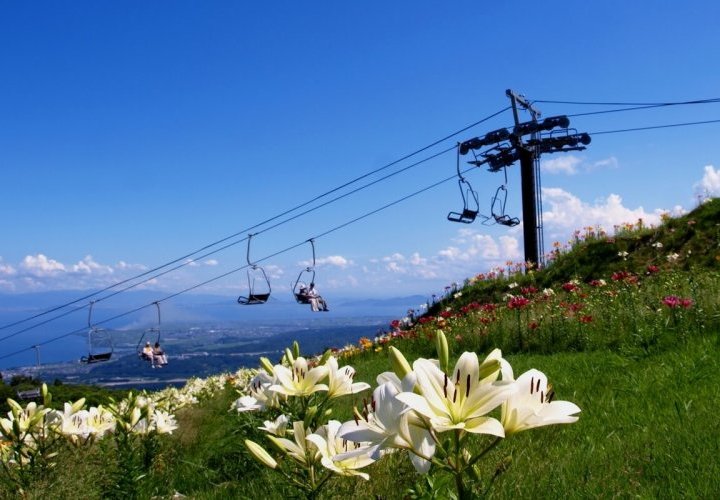 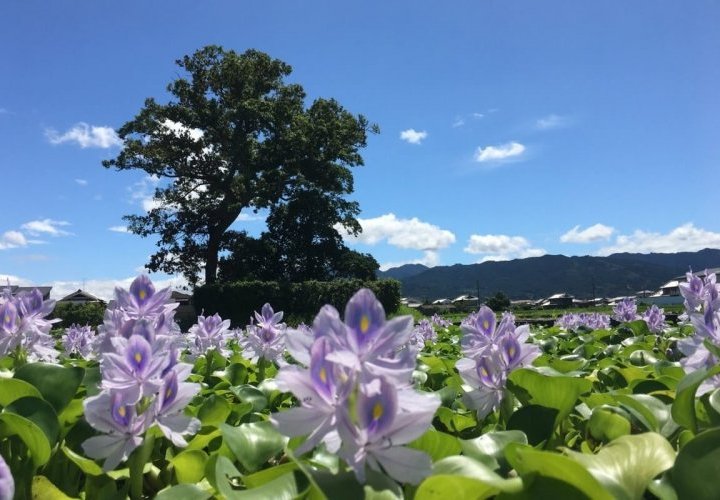 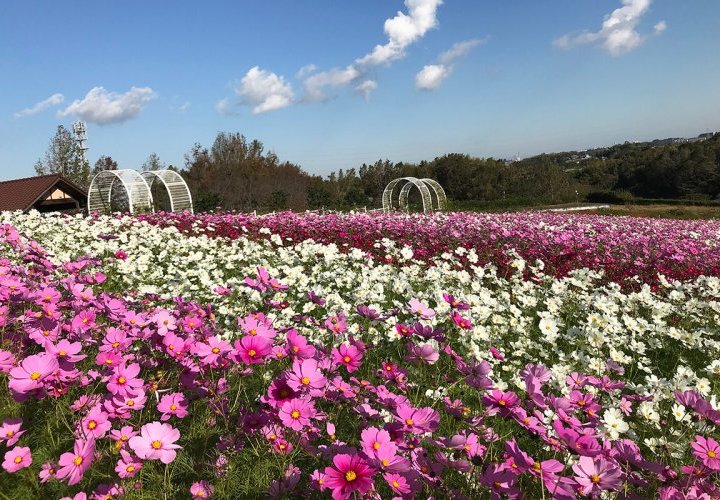 Red azalea at Mount Yamato Katsuragi, Gose (early to mid-May)
The slopes of Mt. Yamato Katsuragi are covered each year in May by thousands of red and pink azaleas in bloom. The beautiful floral carpet contrasting with the blue of the sky and the green of the surrounding trees attracts many hikers and photographers from all over Japan. During the peak season, it is recommended to hike or take the ropeway gondola up Mt. Yamato Katsuragi - both ways offer excellent views of the mountainside. If you go up, you can stay at Katsuragi Kogen Lodge and admire the azaleas from above next morning, when there are fewer people.
Rose in Hamadera Park, Sakai (mid-May to early June; early October to early November)
Located in Sakai city, more
Hamadera Park was built in 1873 and is one of the largest, oldest and most popular parks in Osaka Prefecture. The park is home to around 5,000 pine trees and was selected as one of Japan’s top 100 great pine tree groves. The Rose Garden was completed in 1993 and is an impressive Japanese circuit-style garden with an area of about 2.5 hectares. About 6,500 rosebushes of 300 varieties, including indigenous Japanese species such as Multiflora Rose (Rosa multiflora) and Rugosa Rose (Rosa rugosa) bloom in the park. The garden allows visitors to enjoy it twice a year, the peak viewing time being from mid-May to early June and from early October to early November. You will be surprised by the sweet fragrance and colourful appearance of the beautiful roses.
Iris in Shirokita Park, Osaka (mid-May to mid-June)
Shirokita Park is not very big, but is definitely one of the best iris parks in Kansai region. There are about 13,000 iris plants of 25 varieties growing in Shirokita Iris Garden of the park. During the blooming season, many people come to the park and bring a light lunch to eat while looking at the flowers.
Lily in Osaka Maishima Yurien Garden, Osaka (late May to early July)
Osaka Maishima Yurien Garden is home to 2.5 million lilies that bloom in a range of colours from late May to early July. The spectacular view of the lovely lilies and the surrounding Osaka Bay make this place a must-visit attraction in Osaka. Near the end of the season, the petals begin to drop, so earlier visits are generally better.
Iris at Otori Shrine, Sakai (early to mid-June)
Iris is the official symbol flower of Sakai city and has been cultivated and improved in Japan since the middle of the Edo period (1603 - 1867). At Otori Shrine you can enjoy 100,000 irises of about 50 species from early to mid-June. The Iris Festival is also held here to celebrate the city’s symbol flower.
Lily in Biwako Hakodateyama Lily Garden, Takashima (early July to late August)
Biwako Hakodateyama Lily Garden is a botanical garden located in Takashima city, Shiga Prefecture. About 2.5 million lilies of 50 different species grow in the garden from early July to late August. The garden has a lift, from which riders can get a bird’s eye view of the flowers and Lake Biwa in the distance. Mt. Hakodateyama is perfect for hiking from spring through fall, but especially in summer when you can see the lilies in bloom. There are also a train, from which you can enjoy the picturesque lilies, a restaurant and a lily plant shop.
Water hyacinth near the ruins of Motoyakushiji Temple, Kashihara (late August to late September)
About 400,000 water hyacinths grow on a 1.4- hectare paddy field near the ruins of Motoyakushiji Temple, a special historical site in Japan located in Kashihara city, Nara Prefecture. The water hyacinth is an aquatic plant with purple flowers that floats on the surface of the water. To the west, you can enjoy the view of Mt. Unebi, which together with Mt. Amanokagu and Mt. Miminashi, were called "Yamato Sanzan" or “the three mountains of Yamato” and designated a Place of Scenic Beauty.
Cosmos at the Harvest Hill, Sakai (late September to late October)
There are about 500,000 cosmos plants blooming at the Harvest Hill on an area of 4,000 square metres from late September to late October. You will be able to enjoy a beautiful contrast of lovely pink, red, and white flowers spreading all over the field and the blue sky.
View country