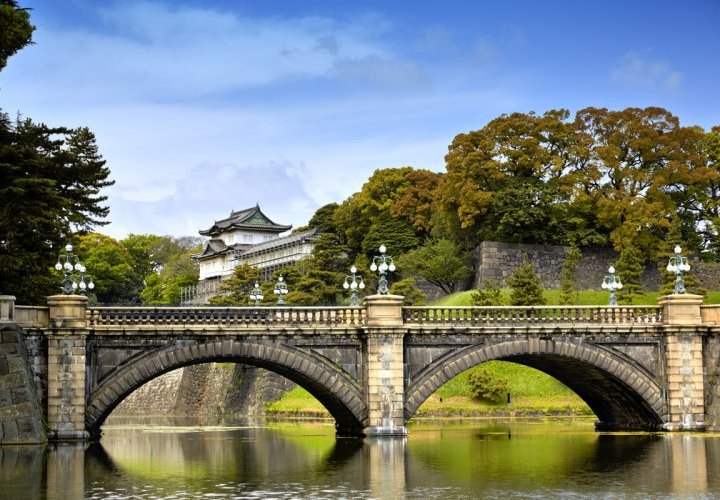 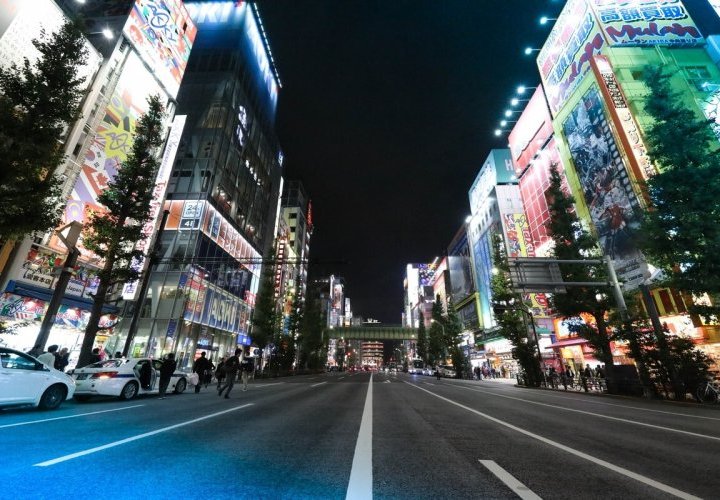 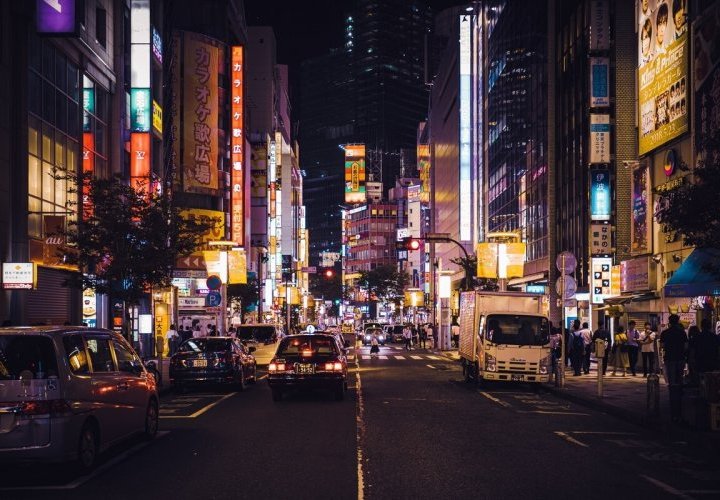 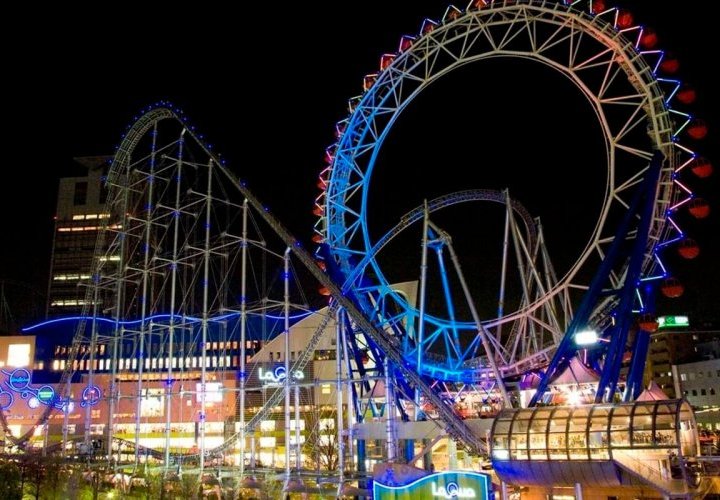 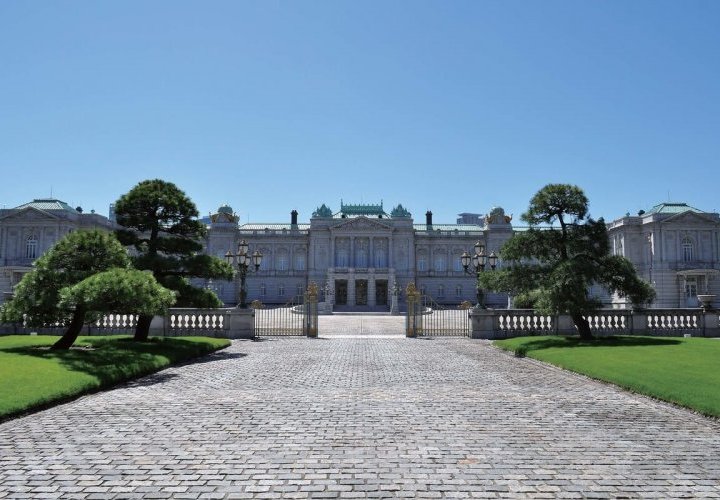 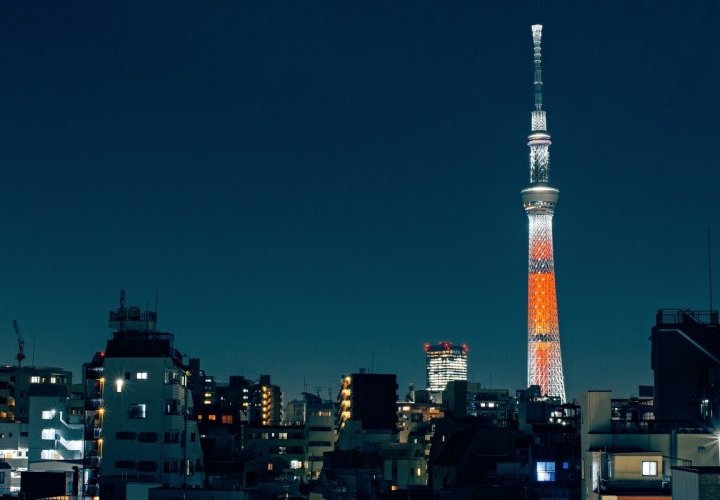 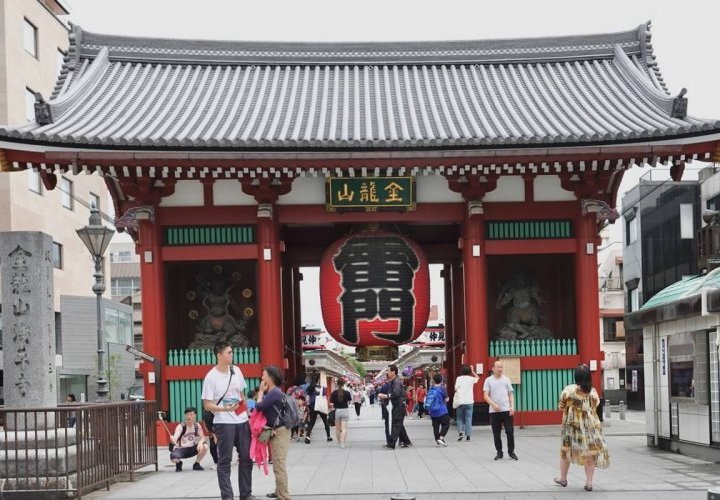 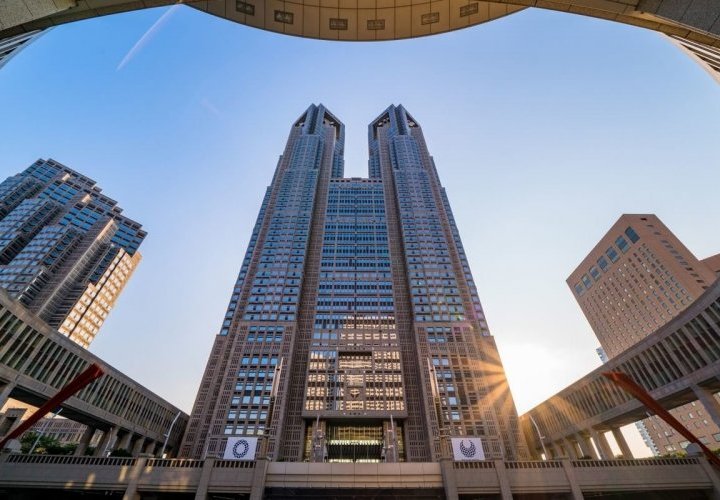 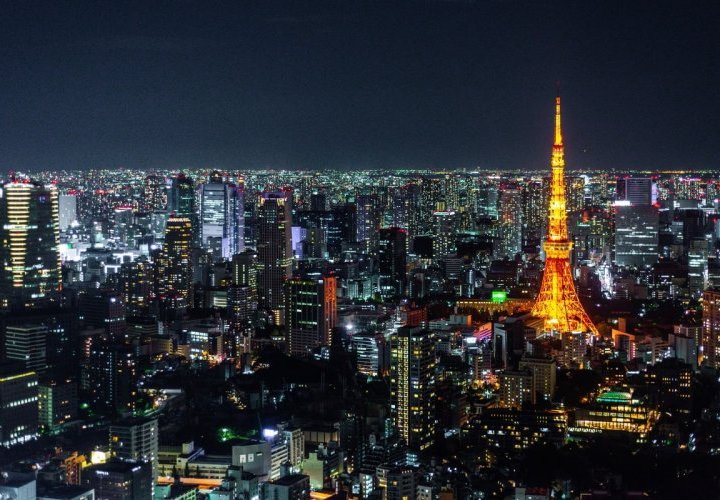 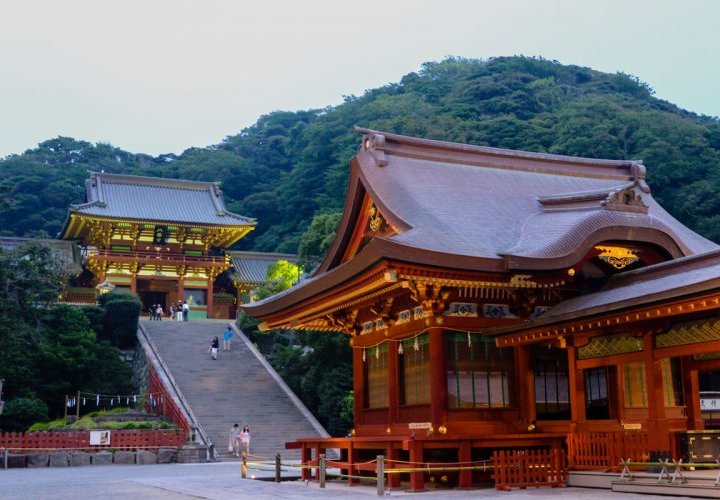 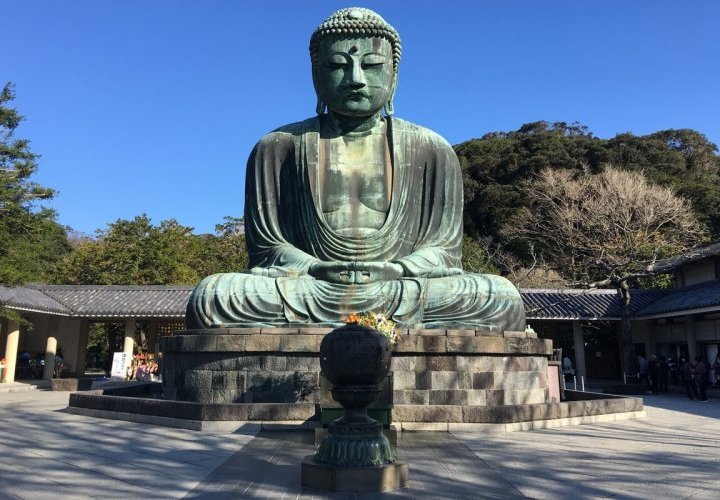 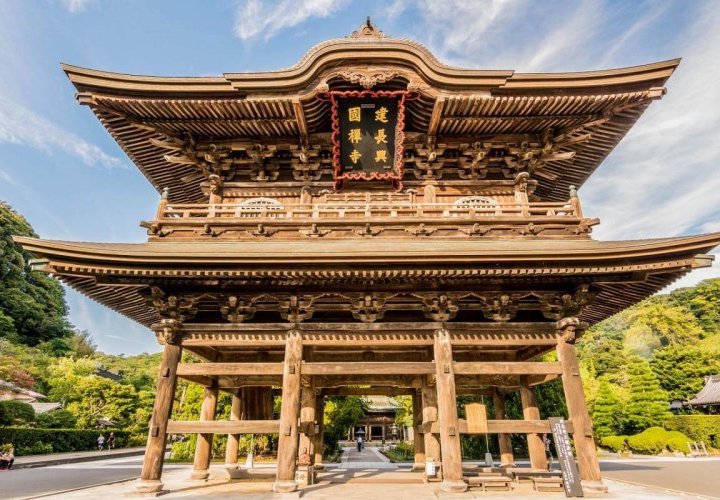 Kamakura is a coastal town south of Tokyo in Kanagawa Prefecture and it takes less than an hour to travel to Kamakura from Tokyo. Although Kamakura is today a small town, in the late 12th century it became the political centre and de facto capital of Japan, when Minamoto Yoritomo chose it as the seat for his newly established military government. Kamakura through its government continued to rule Japan for over a century, first under the Minamoto shogun and then under the Hojo regents and it became the nation’s most populous settlement from 1200 to 1300 AD. This was also an age of religious flowering marked by the arrival of Zen from China and the birth of important new native sects. As Buddhism in its diverse forms swept into the people’s hearts, temples were built in increasing numbers and with increasingly central roles in everyday life. more
Today, Kamakura is a small city with the total area of 39.53 square kilometres and a very popular tourist destination offering numerous temples, shrines, other historical monuments and sand beaches.
TOURIST ATTRACTIONS IN KAMAKURA
Tsurugaoka Hachimangu
Tsurugaoka Hachimangu, the most important shrine of Kamakura is dedicated to Hachiman, the patron god of the Minamoto family and of the samurai in general. The shrine was founded by Minamoto Yoriyoshi in 1063 being later, in 1180 enlarged and moved to its current site by Minamoto Yoritomo. Within the expansive precincts of this complex lie a trove of architectural gems from Kamakura city’s early years, including Hongu main shrine and the Maiden dance stage. These are complemented by a pair of lotus ponds, a charmingly scenic bridge, lush trees and surrounding mountains. Other important structures on the shrine grounds include Wakamiya Shrine, a secondary shrine to the right of the stairway and various auxiliary buildings. Wakamiya oji, a broad path leading to the shrine is lined with cherry trees that burst into glorious bloom each spring.
Great Buddha of Kamakura (Kamakura Daibutsu)
The Great Buddha of Kamakura (Kamakura Daibutsu) is a bronze statue of Amida Buddha that stands on the grounds of Kotokuin Temple and is one of the most famous icons of Japan. With the height of 13.35 metres, it is one of the tallest seated bronze Buddha statue in Japan. The statue was cast in 1252 and was designated a National Treasure continuing to receive a multitude of worshipers and visitors.
Kenchoji Temple
Kenchoji is the most important and the oldest of Kamakura’s five great Zen temples. It was founded by the ruling regent Hojo Tokiyori in 1253 during the Kencho Era and its first head priest was Rankei Doryu, a Zen priest from China.
The five historic Zen temples, Kamakura-gozan as they are collectively known, mentioned according to the highest rank include: Kenchoji, Engakuji, Jufukuji, Jochiji, and Jomyoji temples. The practice of designating a set of five holiest temples was borrowed from China together with Zen. Kamakura’s quintet of temples is characterized by the linear arrangement of their various buildings within their precincts, a trait peculiar to zen religious temples. The different structures are joined by stone stairways and paths that blend harmoniously with their natural surroundings. Many of these edifices – such as Engakuji’s Shariden relic hall - which has been designated a national treasure – stand as life-size legacies of Zen traditionally architecture. Monks continue to live within them and worship according to the ascetic tenets first set out well over half a millennium ago.
SIDE TRIPS FROM KAMAKURA
Enoshima Island
Enoshima is a small offshore island (about 4 km in circumference), but connected by a 600 m bridge with the mainland. It is located at the mouth of the Katase River, which flows into the Sagami Bay and is part of the mainland city of Fujisawa. The island offers a variety of attractions, including Enoshima shrine, dedicated to Benten, a popular goddess of good fortune, wealth, music and knowledge, Samuel Cocking Garden, Iwaya Caves and Shonan Observatory Lighthouse. 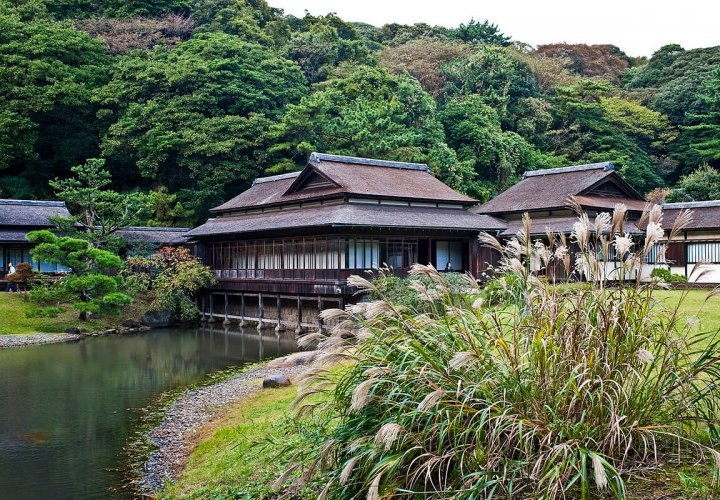 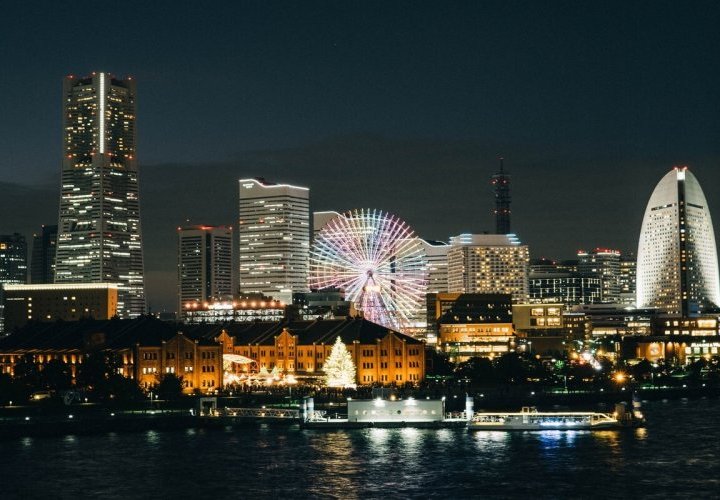 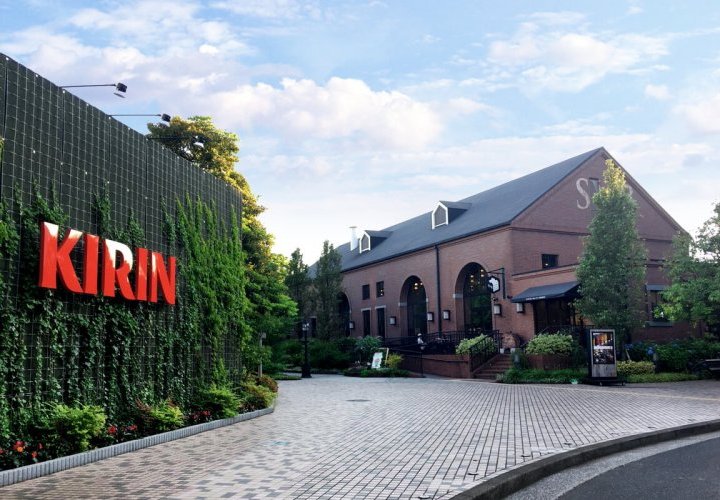 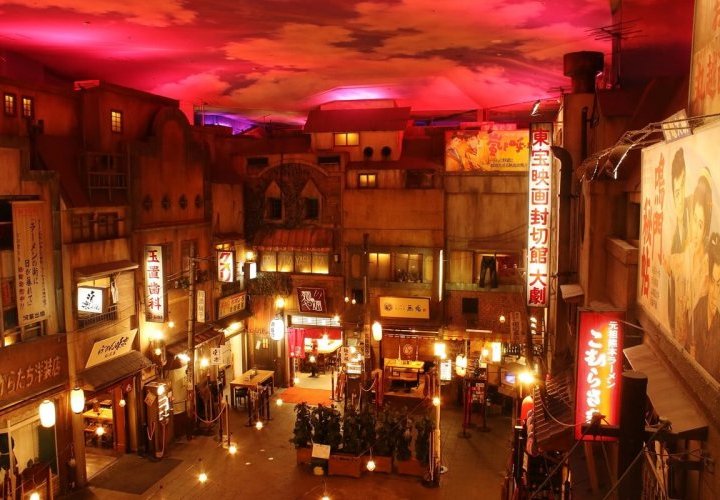 Yokohama is the second largest city of Japan with a population of over three million inhabitants. It is the capital city of Kanagawa Prefecture and is located less than half an hour south of Tokyo by train. Yokohama’s port was one of the first to open to foreign trade in 1859 and quickly grew from a small fishing village to one of the most important cities in Japan.
TOURIST ATTRACTIONS IN YOKOHAMA
Sankeien Garden
Sankeien Garden is a spacious Japanese style landscape garden in southern Yokohama that was designed and built by Tomitaro Hara. It was opened to the public in 1904 and exhibits a number of historic buildings from all over Japan including an elegant daimyo (feudal lord) residence, more
several tea houses and the main hall and an impressive three-story pagoda of Kyoto’s old Tomyoji Temple. There is also a pond, small rivers, graceful garden bridges and flowers.
Yokohama Doll Museum
Yokohama Doll Museum houses over 10,000 dolls from 140 countries around the world including ethnic dolls and Japanese traditional dolls. On the third floor, you can see unique videos showing the doll making process and materials and tools that visitors can actually touch. At the museum’s shop, you can find goods such as postcards, dolls, and novelty items.
Minato Mirai 21
Minato Mirai 21 is the central business district of Yokohama including many attractions such as the Landmark Tower (296 m), shopping centres, a convention centre, an amusement park, a relaxation centre with hot spring baths, museums and park space. It initially developed in the 1980s and constitutes today a major centre for business, shopping, and tourism. The beautiful view, the bay proximity, the cruise ships docked at Osanbashi Pier, the skyscrapers, and the graceful Yokohama Bay Bridge made it to become the symbol of Yokohama and annually attract a large number of tourists.
Yokohama Chinatown
Yokohama Chinatown located in central Yokohama is the largest Chinatown in Japan and has many Chinese restaurants and shops (about 600). At its entrance, there are four colourful Chinese gates and in the centre of Chinatown there is Kanteibyo, a Chinese gaudily coloured shrine. Its history is about 160 years long and today there a few Chinese people that still live in Chinatown.
Shin-Yokohama Ramen Museum
Shin-Yokohama Ramen Museum focuses on ramen, a very famous Japanese noodle dish that was originally introduced from China. The museum displays a wide variety of noodles, soups, toppings and bowls used across Japan and visitors who wish to try different ramen dishes can buy “mini ramen”, a small portion of the dish, at different stores.
Kirin Beer Factory
Kirin Brewery Company was founded in 1907 in Yokohama and is one of the four leading beer breweries of Japan. At Kirin Beer Factory you can take part in an 80-min. brewery tour including a visit to the brewing facilities with views of the fermentation tanks and the canning and bottling areas and some beer tasting. 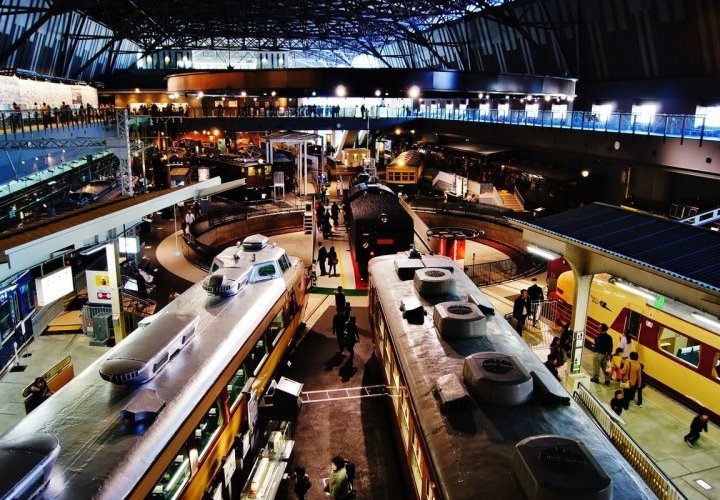 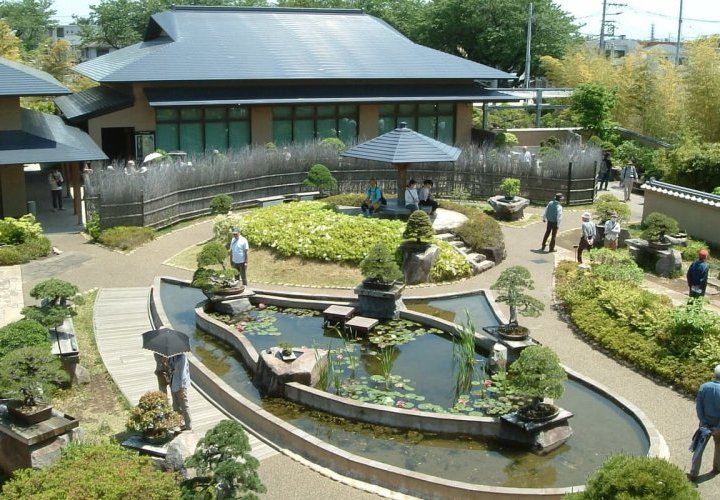 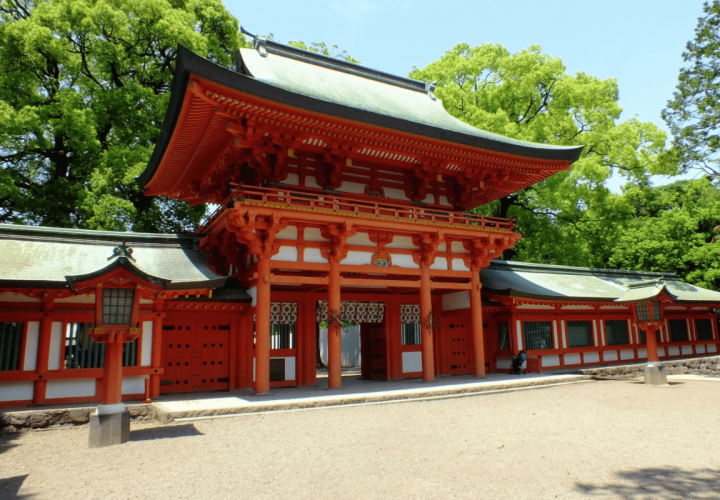 Saitama is the capital and the most populous city of Saitama Prefecture in the Greater Tokyo Area. It lies 15 to 30 kilometres north of central Tokyo and has an estimated population of 1,305,177 inhabitants. The city was founded in 2001 and has some attractions such as the Railway Museum and the Omiya Bonsai Village, a leading district in Japan for the promotion and production of bonsai.
TOURIST ATTRACTIONS IN SAITAMA
Railway Museum
The Railway Museum opened in 2007 and consists of a 19,800 square metre building on a site covering 42,500 square metres. It presents the history of railway in Japan and exhibits about 30 railway cars, train cab simulators, mini trains, etc. many of which can be entered. more
The museum features one of Japan’s largest dioramas and also has video booths, a gallery balcony, a rooftop garden, a cafeteria, a museum shop, and a research room.
Omiya Bonsai Village
Omiya Bonsai Village is a quiet neighbourhood and consists of about ten privately owned bonsai gardens. The Bonsai Village contains hundreds of thousands of bonsai trees including many bonsai nurseries and the Omiya Bonsai Art Museum, which opened in 2010. The museum has both an indoor area where exhibits of bonsai history and art are found and an outdoor area with a number of bonsai specimens.
Musashi Ichinomiya Hikawa Shrine
Musashi Ichinomiya Hikawa Shrine is a popular Shinto shrine located in Omiya ward and surrounded by a large park in which there are many cherry blossom trees, a zoo and a museum. It is thought to have a 2400-year history and is the most important of the many branches of Hikawa Shrines in Japan.