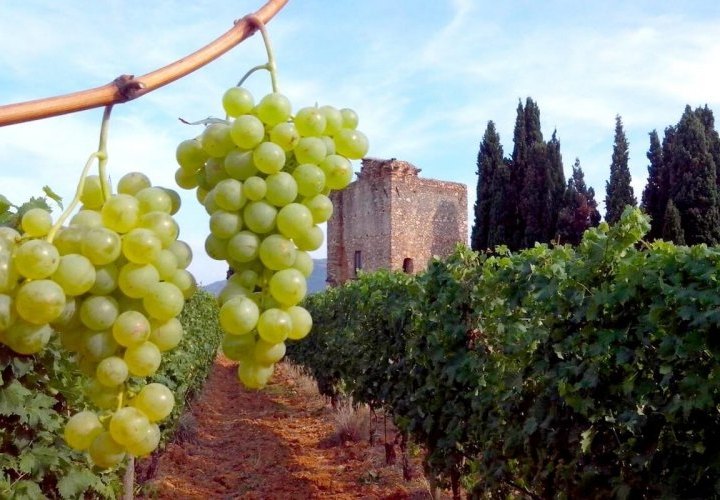 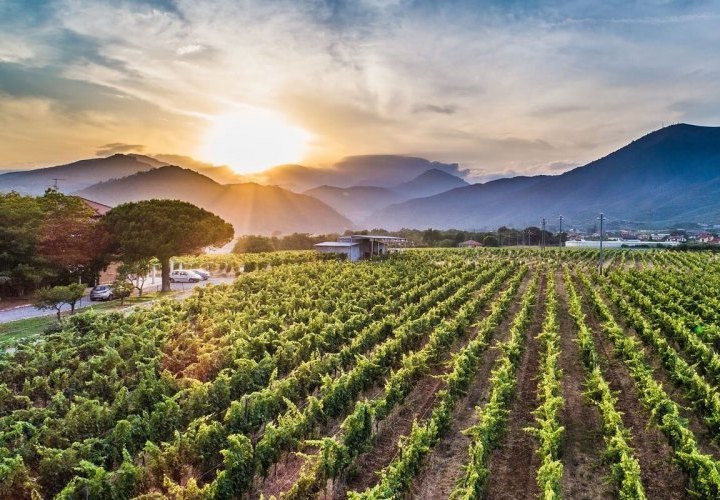 Torre Pernice winery-farm company was founded by the Sartori family in 1950 and even today the family members take care of the winemaking, restaurant and hosting activities. The descendants follow the winemaking tradition and take an active part in the winemaking processes, welcome guests to the magnificent holiday farm (agriturismo), handle the cellar operations and hospitality activities.
Located in the Albenga Plain and Albenga municipality and beautified by the striking mountains and sea, the family-owned wine estate Torre Pernice was named after the ancient stone tower that was built in the 1500s and has currently become the jewel of Torre Pernice. Perched on a slight plateau, the wine estate is just a few kilometres away from the Alassio Beach and is unique in Liguria due to the largest extension of vineyard in a single plot of 10 hectares. more
The burst of sunshine and the delicate breeze, gives rise to a perfect microclimate for the ripening of grapes allowing the Sartori family to grow three unique grape varieties, such as Pigato, Vermentino, and Rossese. These vines are used to produce some of the best Ligurian wines, comprising red, white, rose, and sparkling wines under DOC statuses such as Pigato Doc, Vermentino Doc, Rossese Doc, Pigato Doc Selection Grapes, Passito di Pigato, Passito di Rossese, Grappa di Pigato and Pigato flavoured with aromatic herbs.
Torre Pernice wine estate is also known for its antique wine bar that stands inside the winery building and reminds visitors about the cavaliers, arms-bearers and dames who once lived in the historic tower. Inside the restaurant, the guests can try various traditional dishes and drinks, along with Ligurian specialties.
Tourists are also allowed to visit the Winter Garden offering a breathtaking view of the vineyards and plains and use the well-furnished bedrooms of Antique Casale for overnight stays. Apart from peace and relaxation, at Torre Pernice you can discover the true “country-spirit” while observing the country at work and the wild life that lives undisturbed in this protected area. 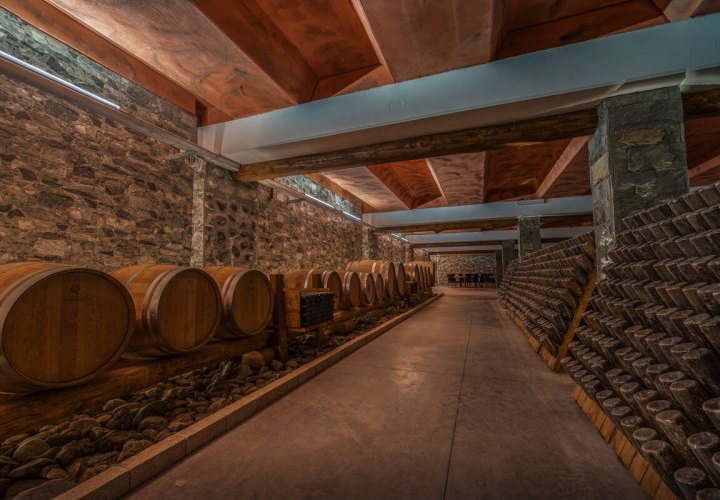 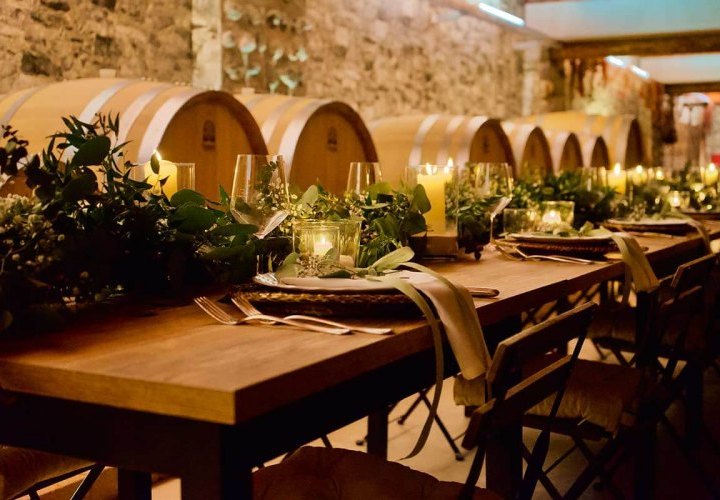 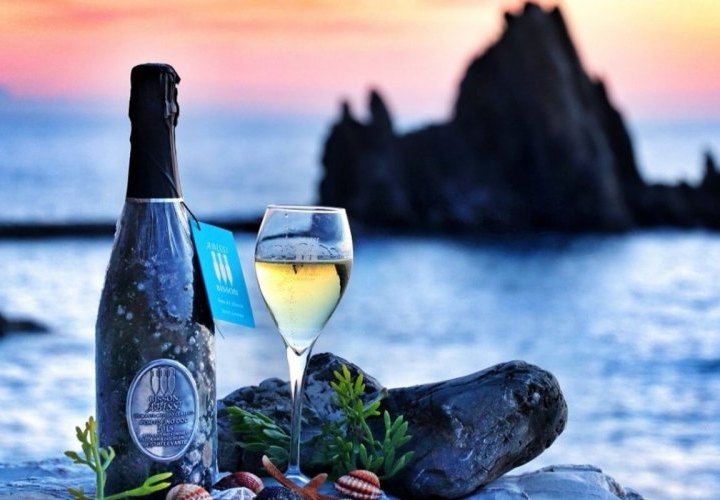 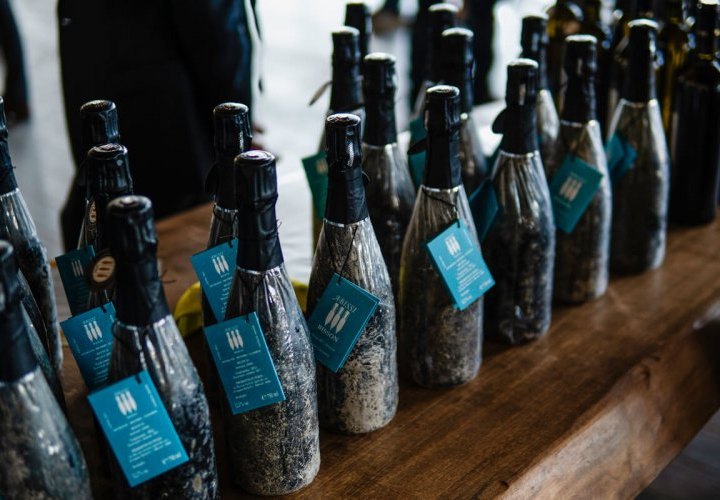 The winery was founded in 1978 by Pierluigi Lugano in Chiavari in order to continue the production of Ligurian wines which had practically disappeared. After many experiments and techniques of treating local grapes, excellent results were finally obtained that made it possible to revive the native Ligurian wines that had practically disappeared, such as “Bianchetta Genovese” and “Ciliegiolo”. The unique soil, the climate and the care taken at harvest give a unique taste and exclusive attributes to the wines from grapes that grow here such as Bianchetta Genovese, Vermentino, Cimixa, Pigato, Ciliegiolo, Granaccia and Sciacchettra. World-class red, white, rosé, sparkling, fortified, and dessert wines are produced at the winery.
In the late ’90s, Pierluigi Lugano was thinking of creating a unique product using “Méthode Champenoise” by dipping thousands of bottles locked in a metal cage for several months at a depth of 60 m. more
The project, which was implemented for the first time in the world, resulted to be simply brilliant, because the bottles could find the proper conditions to evolve in peace on the yeasts: darkness, constant temperature at 15 degrees, marine currents that cradle them in a kind of natural “remuage” and back pressure that balance the internal pressure and complete the lack of oxygen and noise. Bisson Cellar currently produces the “classic” Abissi, that rests in the depths of the Baia del Silenzio (Silence Bay) in Sestri Levante for at least 18 months under the sea and the Abissi Riserva Marina that rests for 26 months. 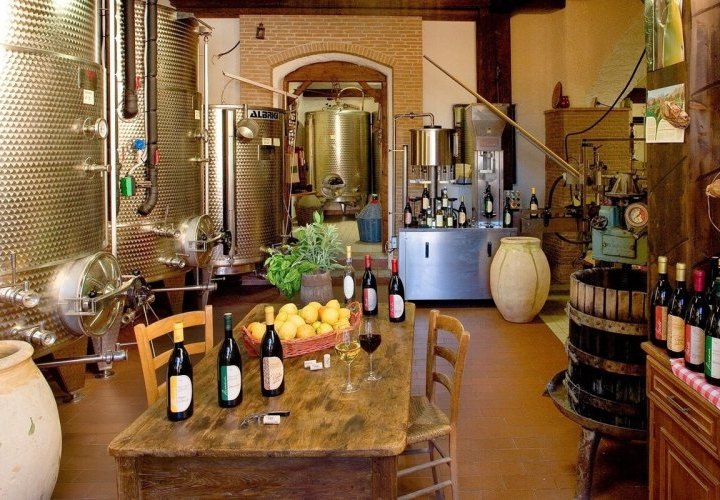 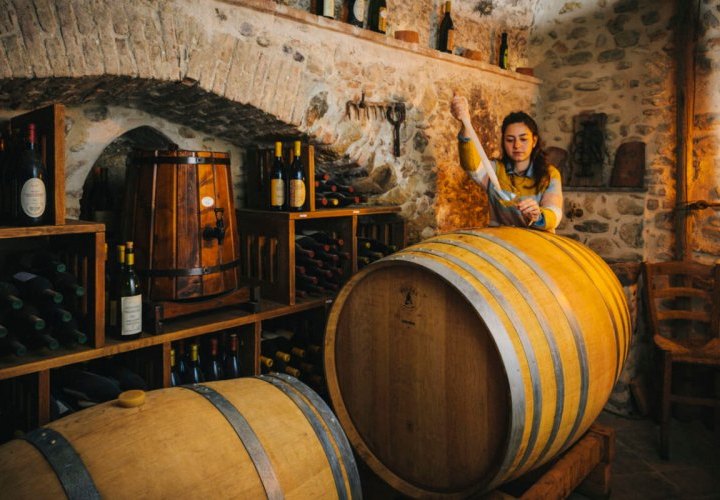 The Vio family have been taking care of olive groves and vineyards in the Arroscia Valley, along with herbs on the plains of Albenga municipality for generations. They have opted for organic farming without the use of pesticides, fertilizers and suchlike chemical products. The organic cultivation, soil composition, sunny climate and meticulous work on every single vine led to products of superior quality that have occupied a significant place among the high-quality products in the area and beyond. In 2017, the winemakers of the farm were awarded the “Grower of the Year” prize by the Guida del Gambero Rosso, the first Ligurian winery to receive this award.
The wines produced at the winery located in Bastia village are the Grand-Pere Pigato Doc, Bon in da Bon Pigato Doc, Aimone Vermentino Doc, more
Marene Pigato Doc, U Bastio Rossese Doc, 4C Rose IGT, Gigo Granaccia IGT and Passito Pigato Doc. Bio Vio winery is also famous for its didactic wine cellar known as the “Cantine Didattiche” that is not only a wine cellar but also a place to learn about the traditional life and rituals of the local culture. The wine cellar brings people closer to agriculture, teaches visitors about sustainable agriculture, wine-making process and cultivation of land for wine and allows the tasting of products made at the farm.
On the hills, olives of the old “Taggiasca” variety, typical of the western Ligurian Riviera are grown. The olives are hand-picked and cold-pressed, resulting in a light greenish yellow extra-virgin oil that has a delicate fragrance. 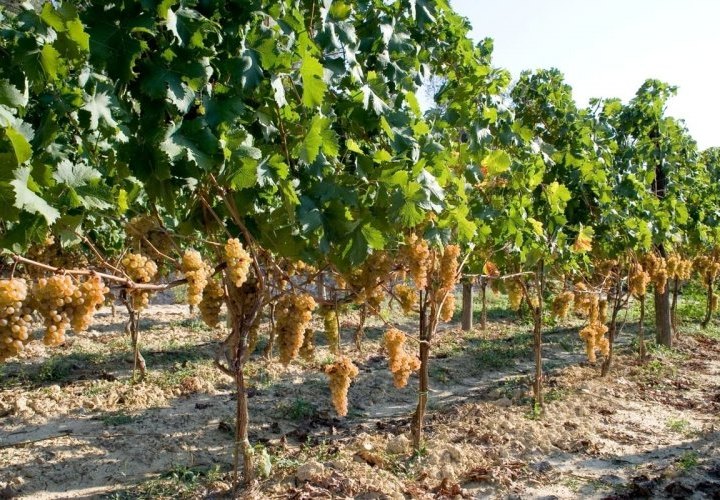 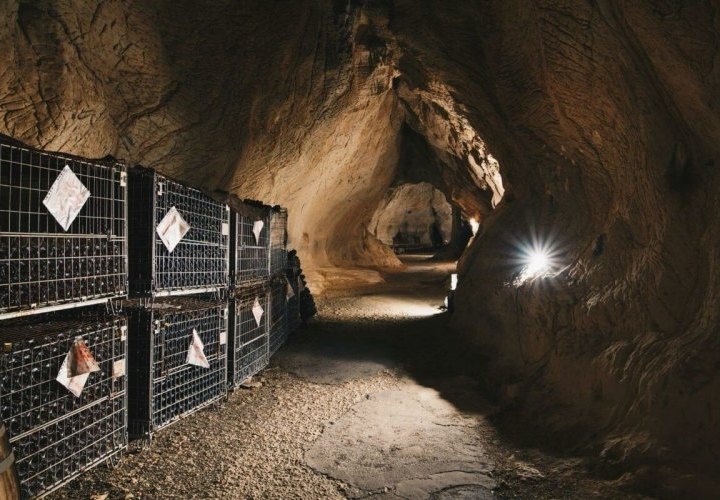 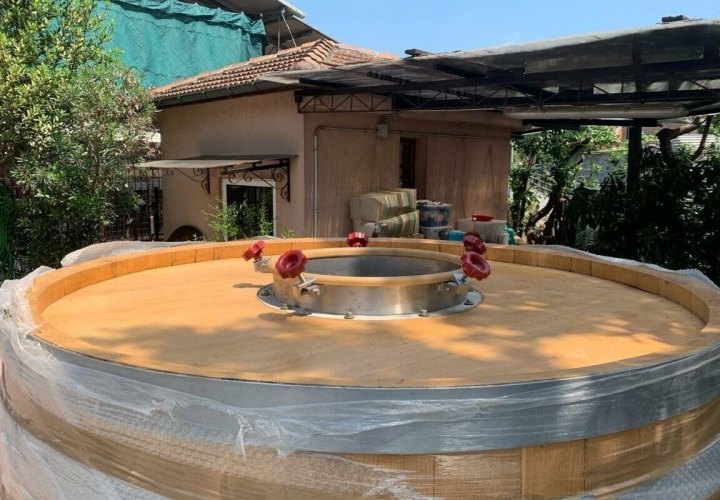 Surrounded by the scenic beauty of Liguria region and located in Ortovero municipality, Durin winery offers you the possibility to witness the combination of hard work and dedication in the winemaking process. The history of Durin winery started at the end of the 19th century when Isidoro Basso decided to cultivate a small plot of land in the Arroscia Valley. Following the footsteps of the ancestors, the descendants cultivate today around 260 plots of land covering an area of 18 hectares where the family grows a vast diversity of grapes including Pigato, Vermentino, Rossese, Granaccia, Alicante, Lumassina, Ormeasco and Merlot. The vineyards stretch over five different regions, Onzo being the biggest one with seven hectares of land.
The Durin family also has a passion for sparkling wines storing them inside the very famous archeological Toirano caves for refining and ageing. more
The concept began to develop in 2007 from the need to find a quiet and chilly place able to maintain constant humidity conditions in order to ensure the ageing of the wines and the karst cavities rich in stalactites and stalagmites of the caves where there is a 15 degrees constant temperature, a dark environment with complete lack of vibrations and a 90 % humidity level, turned out to be a perfect “cellar”. Since 2011, the three
Bàsura sparkling wines (Bàsura Rosa, Bàsura Obscura and Bàsura Riunda) which take the name from the legendary sorceress to whom one of the caves is dedicated, are left to age inside specific crates, which are both a big tourist attraction and serve as a perfect cellar. 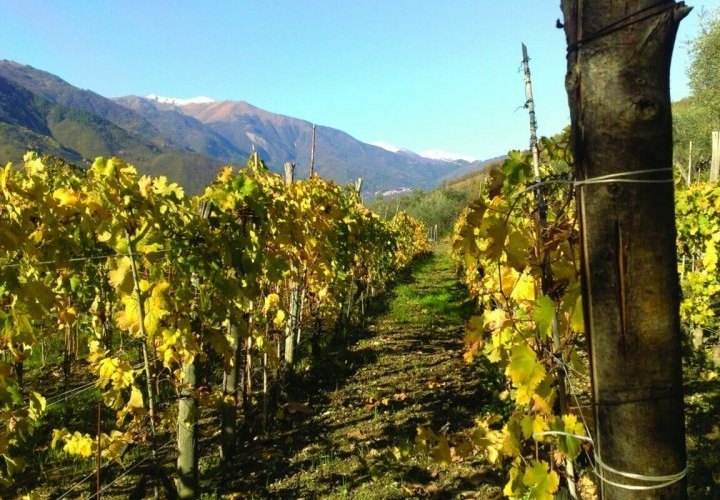 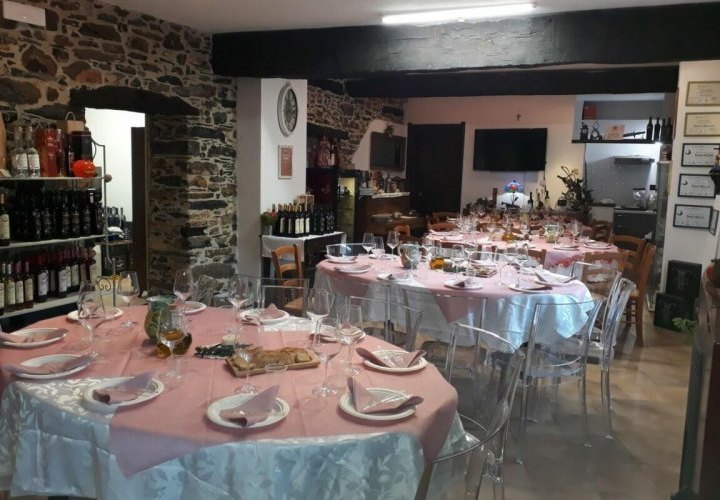 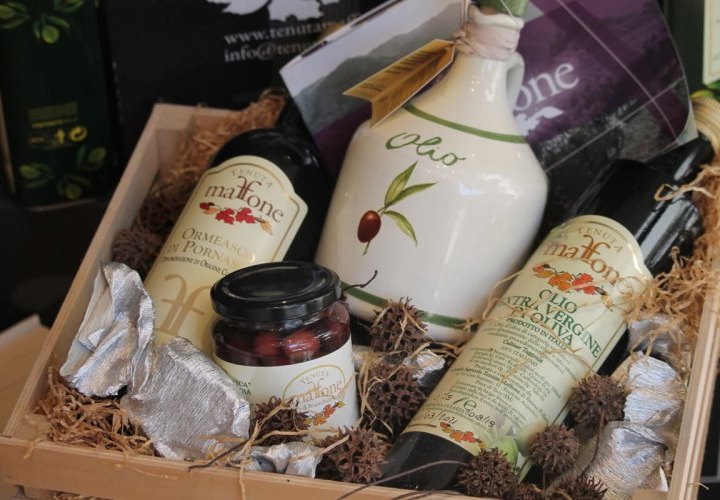 Located in Pieve di Teco ancient village in the province of Imperia in Liguria and founded in 2009, Tennuta Maffone winery is immersed in the Arroscia Valley which presents breathtaking landscapes of untouched nature and rolling green valleys. The vineyards of Tennuta Maffone aged between 60 and 100 years such as the Vermentino of the Dianesi hills and the native Ormeasco and Pigato are situated at an altitude between 500 - 700 metres above sea level and are surrounded by woods and olive groves. The location which is right at the border between Alpine and Apennine mountain ranges, makes the microclimate very favourable with warm, dry days and cool nights and a wide temperature range that give these wines unique perfumes.
The vineyards of Tennuta Maffone have been passed down from generation to generation, more
always being maintained with great care and love in order to produce small quantities of exceptional quality wine. The heroic viticulture process is done using very little mechanical assistance focussing mainly on working the land by hand. The wine produced at the farm includes red, white, rosé, sparkling and dessert wines among which the Ormeasco di Pornassio DOC Superiore, Riviera Ligure di Ponente Pigato Doc and Ormeasco Passito. The Ormeasco is one of the flagships of the company and this grape’s variety traces date back to the time of the Saracens. It has found its ideal habitat in this area and its cultivation with extreme care and respect of the environment reflects the traditional practice of the place. The company also produces an excellent Extra Virgin Olive Oil.
View guide