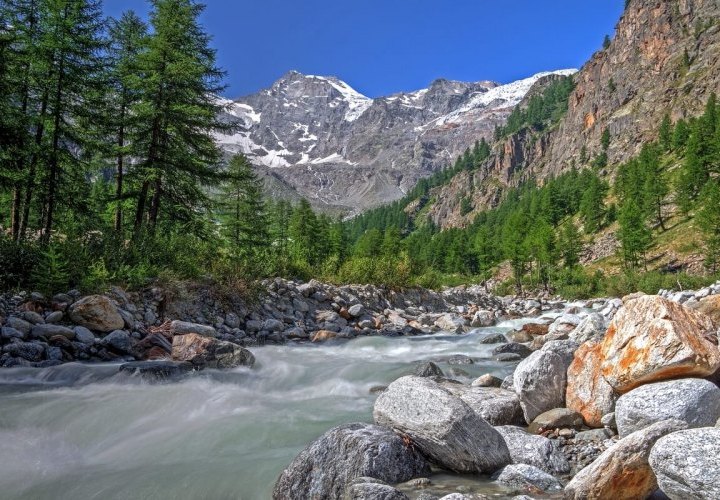 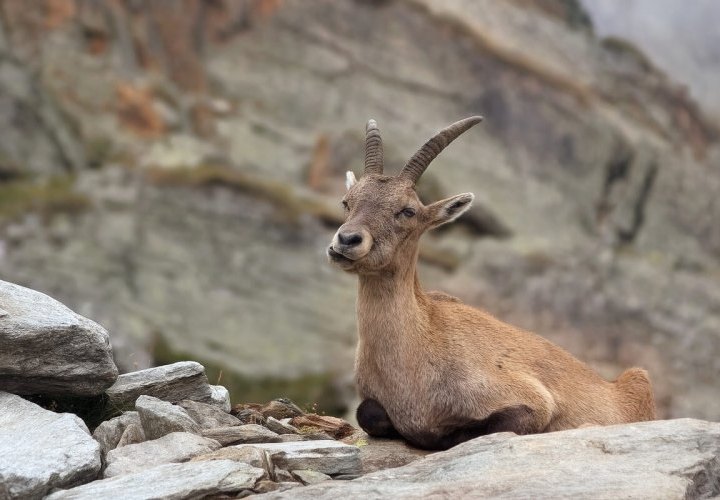 Gran Paradiso National Park (Parco nazionale del Gran Paradiso in Italian) is a national park covering an area of 703 square kilometres in the Graian Alps, between Aosta Valley and Piedmont regions in northwestern Italy. The park is named after Gran Paradiso Mountain (4,061 m), the only mountain entirely within the boundaries of Italy that is over 4,000 metres. Mont Blanc and the Matterhorn (Monte Cervino) can be seen from its summit. It is bordering the French Vanoise National Park and both parks collaborate in managing the ibex population, crossing their shared boundary seasonally.
The park was established in 1922 being Italy’s first national park and its history is closely linked to the protection of the steinbock (capra ibex). In 1856, due to the alarming decrease in the ibex population, Victor Emmanuel II declared these mountains a Royal Hunting Reserve and in this way saved the steinbock from extinction. more
In 1920, Victor Emmanuel II's grandson, King Victor Emmanuel III, donated the reserve (21 square kilometres) to the Italian State for the creation of a national park. There are almost 4,000 alpine ibex in the park now.
The altitudes in the park range from 800 - 4,061 metres (average altitude of 2,000 metres) and one can see forested valleys at low altitudes, alpine meadows at higher altitudes, and rocks and glaciers at altitudes higher than the meadows. In fact, 9.5% of the park's surface area is occupied by 57 glaciers.
The rich fauna of the park includes many Alpine species. The steinbock, the park's symbol, who graze in the abundant mountain pastures in summer, and descend to lower elevations in winter. You can often meet one grazing: the males have long, curved horns, while the females have shorter horns. Along with the ibex, the animal species found in the park include the marmot, ermine, weasel, hare, Eurasian badger, alpine chamois (common, but difficult to observe), wolf (recently arrived from Central Italy) and even lynx. There are more than 100 bird species in the park, including the golden eagle, Eurasian eagle-owl, rock ptarmigan, alpine accentor, chough, wallcreeper, black woodpecker and nutcracker.
The flora includes a number of larch trees, red spruce, Swiss stone-pines and silver fir trees in the woods along the valley bottom. The deciduous European beech trees are common on the Piedmont side of the park, and are not found on the dryer Aosta Valley side. The woods of the park are important because they act as a natural defence against landslides, avalanches, and flooding and provide shelter for a large number of animals.
At higher altitudes, the trees give way to alpine pastures (meadows) that are rich in rare flowers including the Potentilla pensylvanica, in the arid pastures above 1,300 m, wild pansies, gentians, martagon lilies, and alpenroses.
In Aosta Valley region, the park has three visitor centres, in the villages of Cogne, Valsavarenche and Rhêmes-Notre-Dame, where you can learn about various aspects of nature within the protected area. In Cogne, you are recommended to visit the Paradisia Alpine Botanical Garden where about 1,500 plant species can be seen. Its name came from the Paradisea liliastrum, a splendid white lily, and is really worth a visit especially in July, when many of its species of plants are in full bloom. 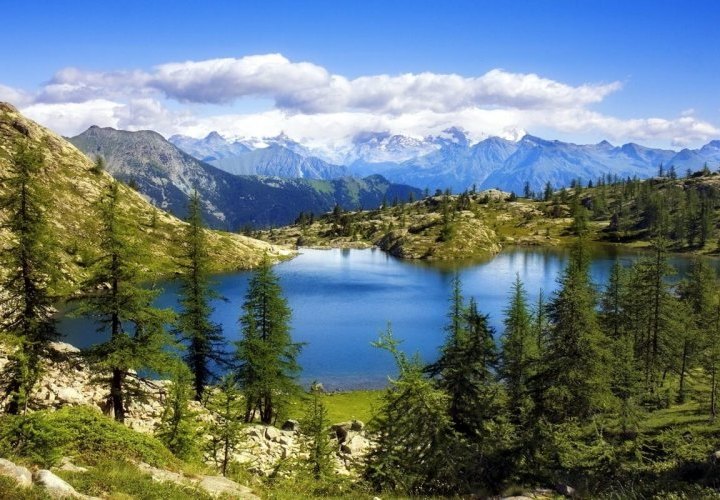 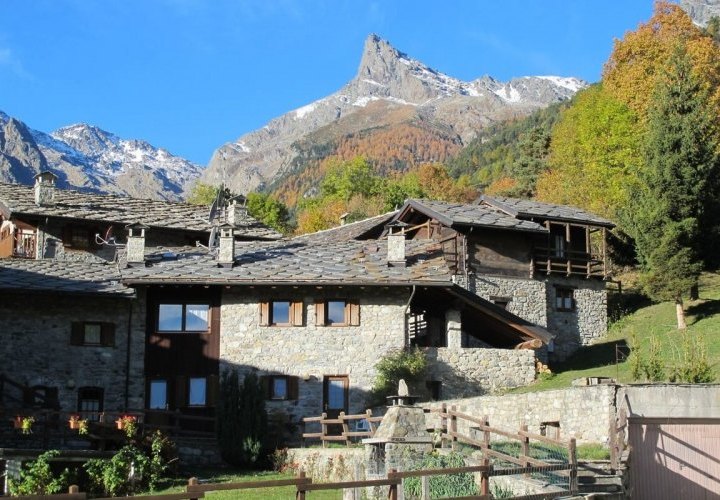 Mont Avic Nature Park stretches over 5,747 hectares between the high alpine valleys of Champdepraz and Champorcher in Aosta Valley region and borders Gran Paradiso National Park. It was established in 1989 and was later declared a Site of Community Importance and a Special Protection Zone.
The park has a number of extremely picturesque landscape features and settings including high mountain ophiolite sites, the largest regional forest of uncinate pines, many lakes marshlands and peat bogs. In the centre of the park, there are many lakes, which together with their surroundings form a typical alpine landscape of great value.
The protected area preserves a wide variety of ecosystems and traditional agricultural activities, which are typical for alpine space. The harsh mountainous environment on the slopes of Champdepraz limited farming and sheep-rearing and slowed mass tourism, more
while the forests of Val Chalamy, depleted over the last centuries by mining activity, have for the most part regained their original characteristics. The mountain landscapes in the high valley of Champorcher present more gentle features with vast meadows that are home to steinbocks, chamois and marmots.
In the last decades, the absence of economic exploitation of forests lead to its renewal and improved the presence of forest fauna (especially wood-eating insects, black woodpecker, boreal owl and Eurasian pygmy owl).
View guide